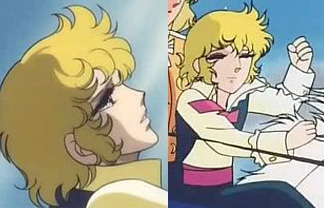 Louis Joseph is the older son of Marie Antoinette and Louis XVI, the deceased brother of Maria Theresa and Louis Charles. He takes after his mother with his blonde hair and handsome features, sady he was very ill and eventually died at age seven.

Before his death Oscar took him horseback riding where he tells her when he becomes king he will make France great, and tells Oscar to wait for him as he was in love with her and wanted her as his queen.

Retrieved from "https://rose-of-versailles.fandom.com/wiki/Louis_Joseph?oldid=4261"
Community content is available under CC-BY-SA unless otherwise noted.